What Gymnastics Clubs Can Learn from Cheerleading’s Popularity

Interest in joining a cheer organization has grown significantly in the US, a fact that has some gymnastics businesses looking over their shoulders

Cheerleading, as both a recreational and competitive sport, has never been more popular. Since 2006, interest in joining a cheer organization has grown significantly in the United States, a fact that has some gymnastics businesses and pundits looking over their shoulders.

The big question is: What are cheer gyms doing that gymnastics clubs aren’t?

In the past, gymnastics clubs have often turned a blind eye to the cheerleading, refusing to see them as equals. However, with revenues in the cheer industry experiencing strong growth as of late, those gyms are getting harder and harder to ignore.

Many cheerleading organizations have upped their respective games when it comes to brand image. For example, the focus on leveraging social media to generate excitement about their squads has led to increased enrollment overall for many cheerleading businesses. This tactic is just one example that gymnastics clubs can learn a thing or two from.

If nothing else, 2017 proved one thing: cheerleading, as a force in the sports world, is here to stay. As per the New York Post, industry revenue totals now top $2 billion in the United States, with about 4 million participants training and competing at the scholastic level alone.

With national championships recently broadcast on ESPN, it’s safe to say that cheer clubs are earning more and more time in the spotlight. Reality TV shows and other viral video moments have also helped shape a culture where cheer could be legitimized like never before.

Despite a U.S. Appeals Court ruling to the contrary back in 2012, cheerleading could be on its way to securing a spot in the 2020 Olympic Games. After being granted provisional status by the International Olympic Committee (IOC) in 2016, it seems unlikely that cheer will lose any of its well-deserved buzz in the near future.

For better or for worse, cheer gyms have become, in the eyes of many, the more intriguing recreation option when compared to gymnastics.

The lesson in all of this is that gymnastics clubs have adhered to a more traditional image throughout much of this decade, while the cheerleading industry has done wonders in broadening its reach. Keeping your sport in the public eye by exploring new opportunities and striving for greater heights is the key to consistent growth and avoiding stagnation over time.

Taking Note of the Competition

As the old saying goes, the first step in solving a problem is recognizing that one exists in the first place. This couldn’t be truer of the relationship gymnastics clubs have with their cheer counterparts. In short, those in the gymnastics space not only don’t consider cheer organizations as their competition but they aren’t taking them seriously, even in the face of their increased pop culture visibility.

Does that mean gymnastics is in trouble long-term? Not necessarily. It has been around longer and, to play the other side of the Olympic coin, still has far more street cred than cheerleading does in the annals of professional sports. However, if gymnastics clubs don’t accept that cheer gyms are mainstays in the same recreation sector as them, the gap between the two will only continue to widen. 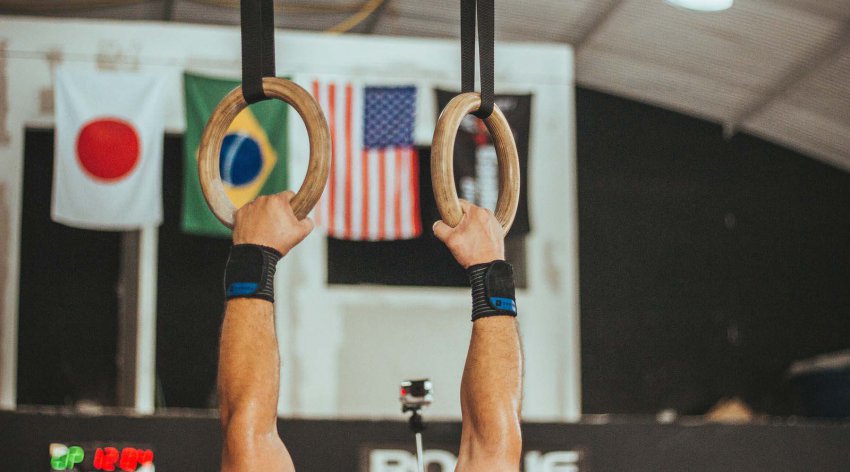 Marketing to a New Generation

Maybe the biggest thing that gymnastic clubs can learn from cheer gyms and implement right away is the emphasis on brand marketing and promotion. The majority of cheer organizations do a fantastic job of engaging with their followers online and using those communication channels to increase engagement and pique the interest of those on the fence about signing up.

As a result, the average cheer club’s social media reach is very high, giving them a leg up on other local recreation options in the communities they serve. As opposed to many gymnastics businesses, cheer squads have a more modern, current feel to them, which helps them appeal to new generations of athletes.

The good news for gymnastics clubs is that it’s not too late to revamp their social media approach and own some of that increasingly valuable digital real estate. The major networks are still free for anyone to use, making it a very cost-effective way to reach more clients and prospective participants on a daily basis.

There’s Room for Everyone

Gymnastics clubs need to take the inclusive approach and embrace cheerleading not only as worthy competition but also as a source of inspiration. There’s always room to grow and evolve, especially when it comes to your client base. It’s not enough to stand pat and wait or hope that families will come flocking to your organization because your product or service has done just fine in the past. As we’ve said before on this blog, change is inevitable – it’s progress, innovation and evolution that are voluntarily actions for the better.

Over the course of the past 10 to 15 years, cheer gyms have become some of the most popular and respected athletic outlets for both casual enthusiasts and competitive teams alike. Gymnastics, while not unpopular by any stretch, have certainly seen their overall numbers plateau as a result. That reality, coupled with the industry’s stifled, more traditional image in certain circles, means that some change is necessary to achieve long-term growth.

Be it increasing their social media presence across the board or putting their own spin on other cheer club management tactics, it’s clear that gymnastics professionals can’t lose more ground in the recreation marketplace. From a purely revenue-based perspective, taking some of the strategies that have served the cheerleading space so well would be hugely beneficial to gymnastics clubs looking to take that next step.

Amilia collaborates with some of the best writers, journalists and subject-matter experts to keep you informed.

Ready to get started?